Have you heard about this story yet? A Kindergarten teacher from Ankeny, Iowa is facing charges after it was discovered she was allegedly (I’m trying to be a good reporter here and since she hasn’t been convicted yet I’m writing allegedly… deal with it people!) pounding beers at school.

Yes it appears Miss Jennifer Rich couldn’t wait for that dreaded two o’clock bell to ring before she breaks into a few cold ones.

(Ahh yes the smiling face of a woman who knows she has six pack waiting for her if she can just get through picture day).

And how was this mastermind caught? Was it because a nosy student was snooping around her purse?  No.

Was it because the janitor did some grade A detective work after having to clean up glitter from places glitter should never be? No, that wasn’t it either.

Turns out a parent who came in to help out on Valentines day caught Miss Rich popping more tops than the class could turn in (get it a box top joke? Get it? No seriously do you get it?)

Then once police arrived they found two empties and four more full ones ready to go hiding in her purse.

In her defense; having just one child has caused many great people to drink. Now imagine having 20 of them for a minimum of 8 hours a day. Then on top of that you also get to tell parents that Little Johnny can’t go to first grade because has hasn’t yet mastered counting to 10 and oh yea he eats glue.

And with that I propose a toast. Here’s to you Jen (can I call you Jen?)… To always smiling while you shape the minds of the world’s next generation! That while also enjoying a liquid lunch.

Side Though: What beer was she drinking? I smell an advertisement opportunity here! 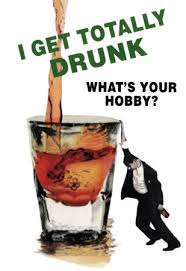 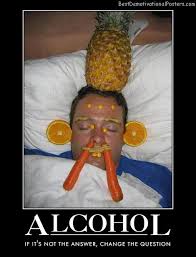 Bob Welch, former star Dodgers pitcher, died in June from a heart attack at age 57. In 1981, Welch published (with George Vecsey)Five O’Clock Comes Early: A Cy Young Award-Winner Recounts His Greatest Victory, in which he detailed how he became an alcoholic at age 16: “I would get a buzz on and I would stop being afraid of girls. I was shy, but with a couple of beers in me, it was all right.”

In his early 20s, he recognized his “disease” and quit drinking. But I wonder if, like most 20-something problem drinkers (as shown byall epidemiological research), he would otherwise have outgrown his excessive drinking and drunk moderately?

If he had, he might still be alive. At least, that’s what the odds say.

Had Welch smoked, his obituaries would have mentioned it by way of explaining how a world-class athlete might have died prematurely of heart disease. But no one would dare suggest that quitting drinking might be responsible for his heart attack.

Even drinking more than is recommended, without displaying clinical symptoms of problem drinking or alcohol dependence (and these are not subtle), is generally better for you than drinking nothing.

In fact, the evidence that abstinence from alcohol is a cause of heart disease and early death is irrefutable—yet this is almost unmentionable in the United States. Even as health bodies like the CDC and Dietary Guidelines for Americans (prepared by Health and Human Services) now recognize the decisive benefits from moderate drinking, each such announcement is met by an onslaught of opposition and criticism, and is always at risk of being reversed.

ZZZZzzzz….ZZZzzzzz…what!?  Oh, you woke me up for another “Drinking is good for you” article.  Yeah, no shit.  Of course drinking is good for you.  Everyone knows this.  You’re about 500 “Drinking is good for your articles” late on this one.  What I’m waiting for is the article that tells me that all the horribly unhealthy stuff we do WHILE drinking is perfectly healthy.  Like, “Inhaling 3000 calories of breakfast fare at 3 am is actually good for you!”  “Trying to the give that 3-billed train wreck that you met at a bar a 10 finger boost into your dorm bunk bed, is good for you! (provided you bend your knees.)” “Telling a funny joke to the girlfriend of the jealous, over protective, sociopathic mixed martial artist who is checking id’s at the bar you’re in, is good for you!”  “Having an honest moment with your wife and telling her your ‘actual’ number, is good for you!”  “Urinating publicly in a school zone is super good for you.” Heck while you’re at it, “Diving boards, batting cages, your kid’s trampoline, razor scooters, and skate boards…when combined with a healthy buzz, will extend your time on earth. “