Have you heard about this story yet? A Kindergarten teacher from Ankeny, Iowa is facing charges after it was discovered she was allegedly (I’m trying to be a good reporter here and since she hasn’t been convicted yet I’m writing allegedly… deal with it people!) pounding beers at school.

Yes it appears Miss Jennifer Rich couldn’t wait for that dreaded two o’clock bell to ring before she breaks into a few cold ones.

(Ahh yes the smiling face of a woman who knows she has six pack waiting for her if she can just get through picture day). 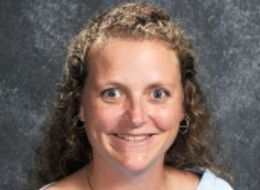 And how was this mastermind caught? Was it because a nosy student was snooping around her purse?  No.

Was it because the janitor did some grade A detective work after having to clean up glitter from places glitter should never be? No, that wasn’t it either.

Turns out a parent who came in to help out on Valentines day caught Miss Rich popping more tops than the class could turn in (get it a box top joke? Get it? No seriously do you get it?)

Then once police arrived they found two empties and four more full ones ready to go hiding in her purse.

In her defense; having just one child has caused many great people to drink. Now imagine having 20 of them for a minimum of 8 hours a day. Then on top of that you also get to tell parents that Little Johnny can’t go to first grade because has hasn’t yet mastered counting to 10 and oh yea he eats glue.

And with that I propose a toast. Here’s to you Jen (can I call you Jen?)… To always smiling while you shape the minds of the world’s next generation! That while also enjoying a liquid lunch.

Side Though: What beer was she drinking? I smell an advertisement opportunity here!