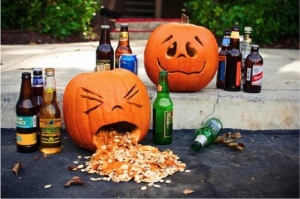 On Thursday my wife took a look at this weekend’s forecast, saw that it would be in the 60’s & Sunny, and like the Swallows Returning To Capistrano, her natural instinct was to instantly demand that we go Apple Picking / Get Pumpkins.  I quickly tried to schedule a last minute colonoscopy but the nurse saying something about “not medically necessary” and my wife holding an 8 iron threatening to pull her best Elle Woods imitation convinced me to concede  So today we took the trek up to Parlee Farms. This is going to come as a shock but I had some thoughts while wading through the sea of humanity having a quintessential New England Fall Experience.

Now my fall penance is done as my wife thankfully doesn’t see the point of driving to New Hampshire for leaf peeping (we probably wouldn’t be married if she did) so now it’s back to weekends of football on the couch and crockpot meals. Two things I can get behind.

My next seasonal penance won’t be until after Thanksgiving. Rollie’s Christmas Tree Farm you’re on notice as to how to improve my experience *Hint – Hot Chocolate Stand with optional Peppermint Schnaaps*

Who says 36 year old married fathers can't be Taylor Swift fans? Pitch Perfect is this century's Sound of Music (Elizabeth Banks is Rolf). I know how to make everything better just ask me! (Hint the answer is usually add alcohol, if there's already booze add more). View all posts by handsfactor