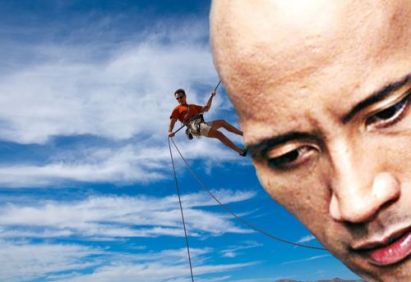 LOS ANGELES (Reuters) – Two climbers completed a historic 19-day ascent to the summit of Yosemite National Park’s El Capitan in California on Wednesday after scaling the rock formation’s 3,000-foot (900-metre) sheer granite face without climbing tools, representatives said.
Tmmy Caldwell, 36, and Kevin Jorgeson, 30, made it to the top of El Capitan at 3:30 p.m., spokeswoman Jess Clayton of clothing company Patagonia which played a sponsorship role in the climb, said in an email.
The two men, who were the first to climb El Capitan’s so-called Dawn Wall without bolts or climbing tools but used safety ropes in case of falls, climbed the rock face in stages beginning on Dec. 27. They had been expected to reach the summit on Wednesday afternoon.
The Dawn Wall of El Capitan is divided into 32 climbing pitches, which are varying lengths of rock that the climbers mastered with only their hands and feet. The wall has been scaled before, first by legendary climber Warren Harding in 1970, but never without climbing tools.
Yvon Chouinard, Patagonia’s founder and owner who climbed El Capitan in 1964, joked about attitudes toward evolution in a tongue-in-cheek statement celebrating the ascent. He said it “leaves Pope Francis with no choice but to admit our closest relative is the chimpanzee.”
Caldwell and Jorgeson reached the final 11 pitches on Tuesday after working their way past some of the toughest stretches on the rock.
Since the warmth of the day caused their hands and feet to perspire, the two often started climbing at dusk. They used ropes and other tools to move back and forth between the pitches they were attempting to master and their campsite, perched high on the rock.
Jorgeson struggled for several days last week on difficult pitch 15, at one point being forced to rest for two days while the skin on his fingers healed after being ripped off by razor-sharp ledges.

Their attempt on El Capitan was closely watched in the climbing world and drew worldwide news headlines and attention on social media as they made progress toward the summit.

Caldwell, 36, who is sponsored by Patagonia and is one of National Geographic’s “adventurers of the year” for 2015, conceived of the climb in 2007, the company said. Jorgeson spent five years preparing for the climb, his website said

Congratulations you guys, on climbing a mountain that has been climbed a million times, but this time you guys did the hard part with no climbing tools. How are people astounded by this? You want to be astounded?  Head down to Cappys Copper Kettle on a Wednesday morning at 9am. Trust me you will see some shit in there that will blow your mind more then two hippy clowns climbing a rock. Not only did you climb a mountain that’s been climbed you did it in 19 days! You know how much stupid shit has impressed me more in the last 19 God damn days.

-My 6 month old shit so hard it went up to his neck!
-My brother drank (19) 30 packs
-Tobes got a kegerator and hasn’t got divorced yet
-Nobody from the NFLhas raped anyone (whoops spoke to soon)
-Danny Amendola caught 2 touchdown passes
-Bill Cosby raped 34 more chicks
-All the Khardashians and Bruce Jenner all slept with black guys
-Ray Lewis used the work “inadequate” correctly in a sentence
-I drank a bottle of red wine trying to be classy til I sharted
-Saw 13 different Asians wearing glasses (GWG)
-Watched Under Siege 3 times
-The Bruins scored more then 2 goals in a game
-Saw a dog fall asleep while licking himself
-Made a telemarketer hang up on me by asking “Who let the dogs out”
-School was canceled due to COLD?  Bullshit.
-Beetlejuice was nominated for an Oscar
-My iPhone didn’t autocorrect ‘Fuck’ to ‘Duck’

So, all of the above were way more impressive in my life than these two playing ‘Cliffhanger‘ on something that’s been done before. Ya, I get it it’s a part that hasn’t been done before without equipment. Give me a break, that’s like saying the guy that killed himself with a rocket launcher to the dome broke the suicide record. Hey guys, go back to Eastern Mountain Sports with your Timberlands, rock climber key chains, and your wrist bands for no reason and shut. the. fuck. up.