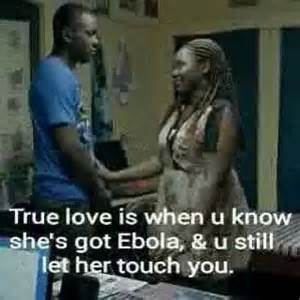 American Marines scrambled to add Ebola treatment beds in Liberia on Friday, while the U.S. and Britain readied new disease screenings for passengers arriving at their airports from West Africa. Doctors tried out experimental drugs in a global battle against the deadly sickness

The U.N. said nations must all work together — and fast — or “the world will have to live with the Ebola virus forever.”

The death toll in West Africa passed 4,000 for the first time in the World Health Organization’s count of confirmed and suspected Ebola cases.

As worry ricocheted around the globe, medical records obtained by The Associated Press underscored questions about the United States’ front-line defenses. The Dallas hospital that initially missed the nation’s first Ebola diagnosis put a Liberian man through a battery of tests and CT scans for appendicitis, stroke and other serious ailments before sending him home, the records show.

Before he was released, Thomas Eric Duncan’s fever spiked to 103 degrees, he reported severe pain and told a nurse that he’d recently come from Africa. But doctors didn’t think of Ebola until he returned to the hospital two days later by ambulance. On Wednesday, Duncan became the first person to die of Ebola in the United States.

“As long as there is one case of Ebola in any one of these countries, no country is safe from the dangers posed by this deadly virus,” said Anthony Banbury, who heads the new United Nations Mission for Ebola Emergency Response.

So the new plague is upon us and everyone is freaking out because they think the runny nose they have is the Ebola virus. Lets get something straight everyone, unless you are looking for blood diamonds, Carmen Sandiego, or having dinner at Dikembe Motumbo’s house, you are going to be fine. Now there are some good things that could happen to the USA if this disease does spread. Its the old Buffalo Theory from cheers, all this disease will do is thin the heard. It will knock all the idiots, and weak people out of the way. In the immortal words of Bill Burr

” Im pro-plague, just take your vitamins and you will be fine, we need to get rid of the weak”

Don’t get me wrong, if I see Ebola coming my way I’m running away faster then Adrian Petersons kid after a Vikings loss. But think of all the people that drive you crazy on a daily basis because they are the ones that will get the shit spewing virus that is Ebola. Like these people

-Any sports analyst/athlete with a bow tie
-The guy that almost ran you of the road to gain 1 car length
-All Khardasians
-Aggressive Huggers that cause stitches
-The people with the stick figures on their cars
-Mouth breathers and close talkers
-Reality show people…except The Challenge (CT needs people to beat down)
-Chicks that speak with an upward inflection at the end of every sentence they SSAAAYYYYY
-Neck tattoo people unless its real classy
-People with glasses that don’t need them (that’s like using a wheel chair when you can walk)
-blue tooth people/ loud cell phone talkers
-Anyone involved with MTVs Teen Mom
-All states lower then D.C.
-People who use the phrase “not for nothing” “same difference” “no offense but”
-Theater majors
-People who miss high fives then try again (just end it for Christ sakes you missed)

That group of people are the ones that I came up with in like 2 minutes never mind all the people that really piss me off. So don’t be afraid of this new disease, embrace it, it can only help us clean this shit out of our way. The Buffalo Theory is real, Cheers has never steered me wrong in my life. So drink your whiskey, take your vitamin C and you will be healthy as a horse. At the very least you will live a lot longer then most on that list of assholes. I figure worst case scenario Mike from Growing pains is right about everything, zombies take over and I end up in Hell where Im going to know more people anyways.