The 35-year-old Maroon 5 frontman, who married model Behati Prinsloo in July, decided to spice up other couples’ big days by crashing weddings all over Los Angeles on Dec. 6.

“David Dobkin, who is an awesome director and a really dear, dear friend, decided to revisit the concept of obviously the original ‘Wedding Crashers,'” Levine told Access Hollywood last month. “The only difference being we actually crashed weddings this time!”

“[We] literally showed up and played songs for these guys. They were surprised,” he added.

How about the balls on this Adam Levine, cat? Like it was one thing when he tried to convince the world that it was his calling to sing Christmas tunes despite being 4000% Jewish, but now he wants us to believe that he and his Maroon 5 pals have enough street juice to organically crash weddings with their fuck-all jams? Stop it. I’d be willing to bet that these bridal parties would be happier to see a “Black Lives Matter” dance floor sit-in than getting their ears raped by Maroon Five. And I do realize that music is all subjective and that perhaps I am being incredibly harsh. But weddings are weddings. Paul McCartney could sneak out onto the parquet with his bass for a stripped down version of Hey Jude and half the function hall would be bullshit because he’s not singing “Shout” and is stealing the bride’s thunder. Paul would never do that though. And to be fair, Adam Levine isn’t the worst person in this video: 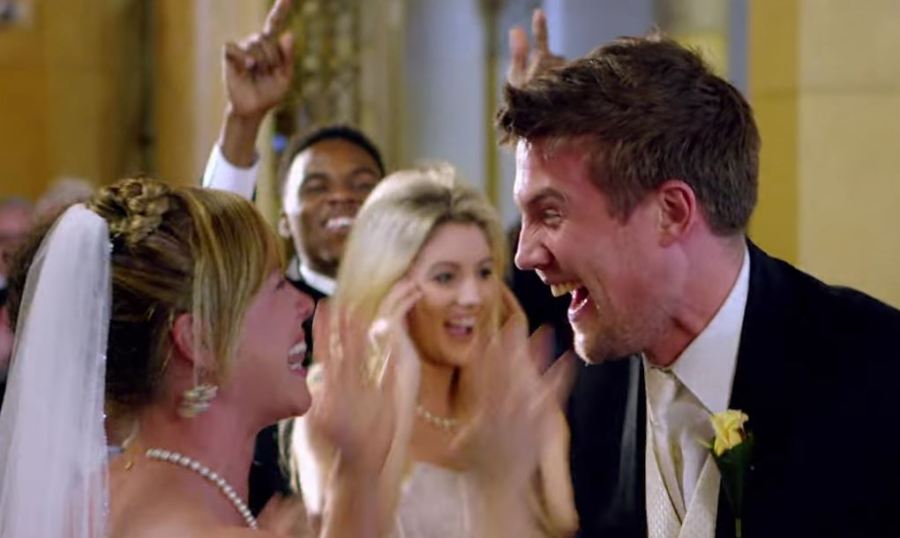 This guy, the most implausible “black guy seeing Adam Levine” reaction ever…

Asian folk selling out for a Maroon 5 video by dancing like white folks….

White folks selling out for a Maroon 5 video dancing like the Asian folks….

Then this guy… for not sacking up and telling Adam Levine to hit the bricks.