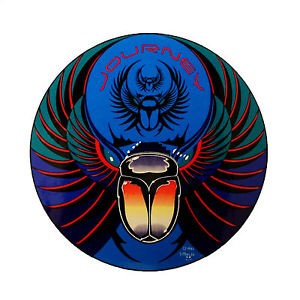 (If there has ever been a more random blog topic,  challenge me)

Be honest, they rocked it.  I would dare to say that they did not have one bad song.  Yeah, I said it.

Anyway you Want It?  I’ll tell you exactly how I want it Steve Perry…right in the…

Open Arms?  Bring it in for the real thing, fellas?

But, as great as their music was, they will certainly go down in the Hall of Fame of stupid/lame/fruity video makers.

The other day while at work I broke out some You Tube (I just call it ‘the Tube’) videos and landed on a  sweet Journey playlist.  Suddenly, along comes their classic pussy tune – ‘Faithfully‘ – which I regretfully love – and I decided to watch the MTV (when there used to actually be a MTV) video of this massacre.  I quickly learned something.

Every single second of this video is unintentially funny.

Take a look and I’ll brealk down the hilarity for you….

I’ll wait for you…go ahead….

0:01 – Check the stupid Journey window sticker being held up by the lowest-man-on-the-totem-pole-of-life-ever has to adhere to the tour bus.

0:37 – Sleeping on bus?  I sincerely doubt it with all of that dynamite 80s blow flowing about…

0:54 – Yeah, that car seat should be perfectly safe on that prop jet plane headed for Boise.

1:00 – Why so sad Mullet McMullerson? Maybe because you and your fake girlfriend have same haircut?

1:04 – What time are you wrestling Superfly Snuka, Steve?

1:11 – Still have that Guido caterpillar on your face, dude?

1:58 – “I am just so in to this article in Rolling Stone about VD as we fly over the Rockies”

P.S. – The ony thing more insulting than their videos was when they made a worldwide search to find the Philipino twin of Steve Perry to be the new front man. 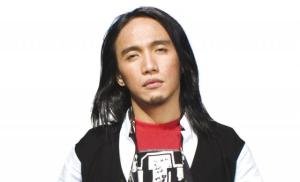